Thank you for Subscribing to Life Science Review Weekly Brief

Challenges To Clinical System In China

Specialized Services: A New Paradigm in...

Setting A Culture for Digital...

The 7 TIPS for a Successful Master Data...

The Challenges Of Bringing...

Take Advantage of Technology in Infection...

Challenges To Clinical System In China

Specialized Services: A New Paradigm in...

Setting A Culture for Digital...

The 7 TIPS for a Successful Master Data...

The Challenges Of Bringing...

Take Advantage of Technology in Infection... 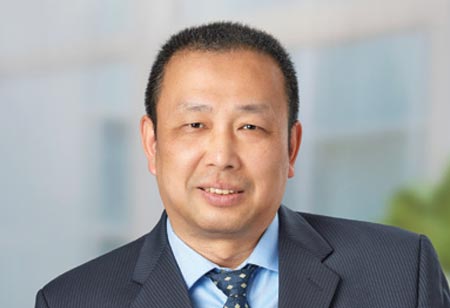 Bioanalysis is critical to pharmaceutical R&D in terms of providing pharmacokinetic, pharmacodynamic, toxicokinetic, and immunogenicity data. The bioanalysis lab work itself is a meticulous, tedious, lengthy, and error-prone process if all done manually. A huge effort has been put forward to automate bioanalysis workflow, mostly in bioanalytical sample analysis production, but relatively recently method (assay) development as well. However, my observation is that in the past decade, the adoption of bioanalytical workflow automation in the bioanalytical industry has been slow. By bioanalytical workflow automation, I am referring to the continuous automation of the majority of the bioanalytical wet experiments from calibration curve preparation, QC and dilution QC preparation, study sample pre-dilution, extraction, etc., as opposed to step specific automation such as microfluidic disc-based ligand binding assay coating, binding, washing and detection steps.

Three reasons could be causing the slow adoption. First, for many virtual or start-up companies, the bioanalytical function is simply outsourced. Bioanalytical lab automation is out of their sight and hence out of their mind. Second, given the current state of commercially available automation instrumentation, extensive customization/ scripting is still needed to make them suitable for bioanalytical workflow (as opposed to step) automation. The ROI equation for the skills needed makes this level of customization unfavorable for small to medium bioanalytical organizations. Third, at established bioanalytical CROs where this level of customization/scripting could be potentially cost-effective and provides a positive ROI, the lack of internal know-how (bioanalysis + computer programming knowledge)is slowing the progress.

Design of Experiment type of systematic approaches for large and/ or small molecule bioanalytical assay development are better achieved through workflow automation.

“Despite the slow adoption, it is beyond doubt that the need for bioanalytical workflow automation is still very clear, present, and relevant”

Targeted Proteomics in a Nutshell

Importance of Laboratory Automation in Microbiology

Applications of Proteomics in Medicine

The Functioning of a Mass Spectrometry

However, if you would like to share the information in this article, you may use the link below: